Home / What is Pickleball?

Pickleball is a paddle sport that originated in Washington state in the USA in the 1965. The game is played on a badminton-sized court: 6.09m x 13.41m with a ball similar to a wiffle ball. The tennis-like net is hung 91.5cm on the ends and 86.4cm at the center. The Kitchen is the area between the net and the 2.13 meter line on the court.

The game can be played as singles (two) players or doubles (four) players. The ball is served diagonally, across court, beginning with the player on the right. The serving player continues to serve until they or their team faults, and points are only awarded to the team serving. A double bounce rule applies to the first two returns. Both the player receiving the serve and the server’s side must allow the ball to bounce before hitting it. The kitchen is a non-volley zone, and volleys are only allowed after the first two returns are played. The game is played to eleven points, and players must win by two points to complete the game. 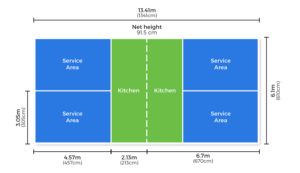 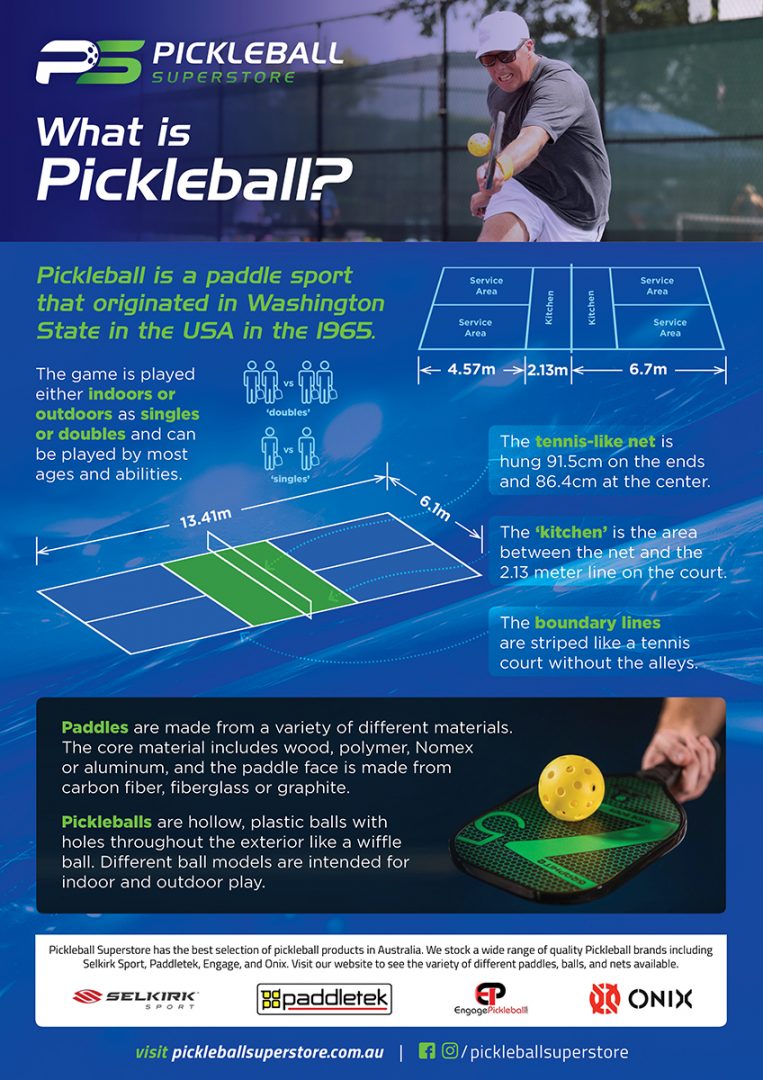 Back to Top
Shopping Cart
Close

No products in the cart.